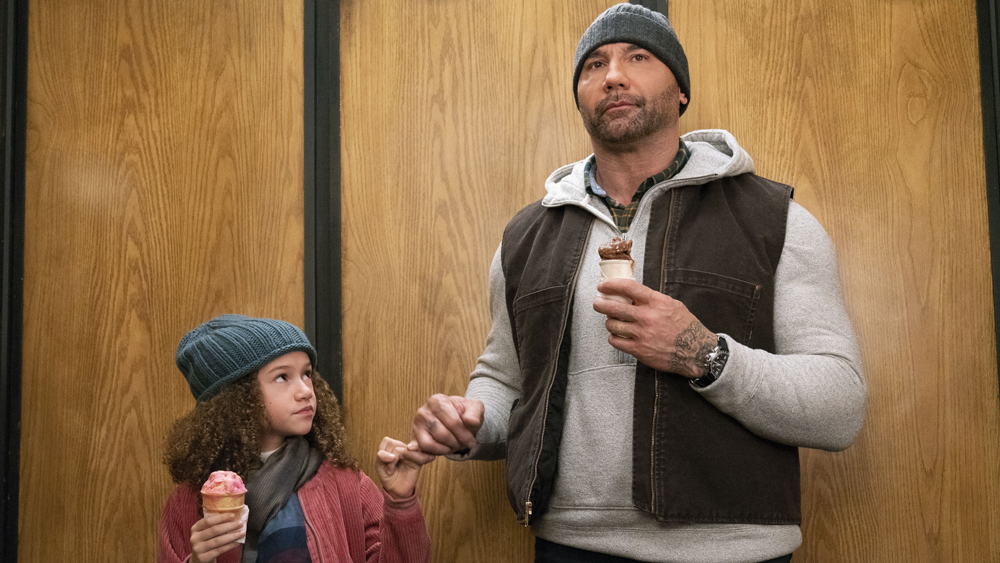 A review of the Dave Bautista movie ‘My Spy’, written for THN.

Every action star seems to go through a similar moment where they move from the violent action hits that made their names and change gears slightly to appeal to a broader, younger audience. Arnold Schwarzenegger arguably started it with Kindergarten Cop, and the likes of Vin Diesel and Dwayne Johnson have also followed suit with mid-career movies like The Pacifier and The Tooth Fairy (yeah, we don’t talk about that).

Bautista sticks to the formula with My Spy. He plays ex-soldier turned CIA agent JJ Cena (a knowing nod to John?), and he’s struggling to adapt to the more subtle approach that the spy game calls for. In an effort to ground him, JJ’s handlers place him on a surveillance mission watching a young mother and her daughter in Chicago. When the young daughter, Sophie (Chloe Coleman), figures him out, JJ ends up being at the mercy of her will, as she demands he shows her the way of being a spy, in return for not blowing his cover to her mum.

Coming from the director of Get Smart, a similarly silly spy caper, My Spy offers the kind of diverting family entertainment that doesn’t try to do too much to add to a formula it sees as winning. Pretty much all the general plot beats are similar to Kindergarten Cop, from a romance blossoming between JJ and Sophie’s Mum (the delightful Parisa Fitz-Henley), to a sinister ex-family member closing in towards the final act. It is a film that is more than happy to move through the motions, but that’s not to say that it doesn’t have its charms.