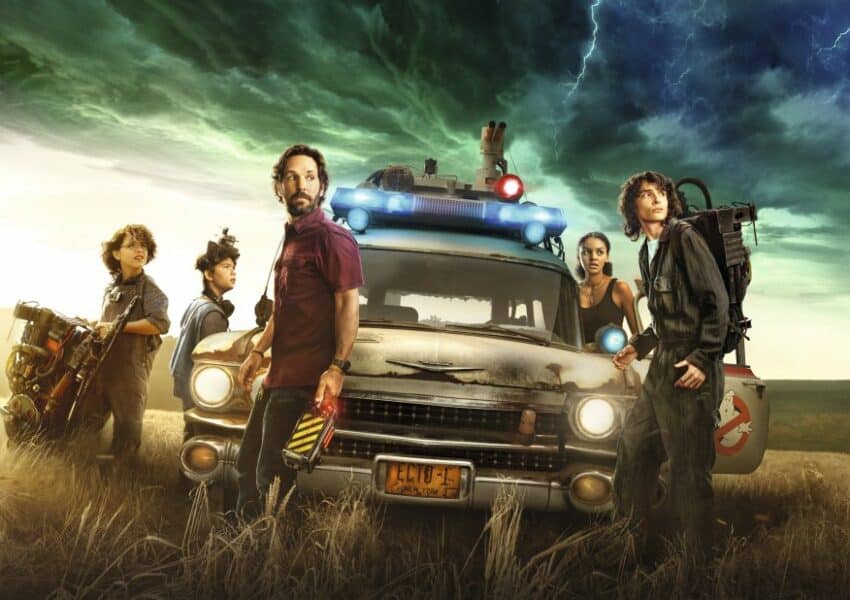 When you stop and think about the most iconic blockbusters of the 1980s, a few titles immediately come to mind. ET the Extra-Terrestrial, Back to the Future, the Indiana Jones trilogy, and for many, Ghostbusters would also make the cut. Ivan Reitman’s original 1984 comedy has an instantly recognisable logo, an earworm of a theme song, and felt fresh with its cast of SNL funny guys in a special effects blockbuster.

The first film remains a satisfyingly schlubby take on a sci-fi horror concept; a group of four average (albeit science-minded) guys putting a business together and kind of stumbling their way through the proceedings to become heroes of NYC. A cartoon series would run from 1986-1991, reinforcing the lunchbox, kid-friendly merchandising nature of the bustin’ enterprise, and an inevitable –  if by-the-numbers – sequel eventually followed in 1989.

From there, the further adventures of the original Ghostbusters, made up of Bill Murray, Dan Aykroyd, Harold Ramis and Ernie Hudson would wallow in development hell from the early 90s right through the 2000s, with suggestions of a new script of the original team passing the baton never quite materialising.

With the passing of Ramis in 2014, the plans went back to the drawing board, resulting in 2016’s all-female reboot, which was enjoyable enough with a fun cast, but unfairly became the focus of an online culture war, with some worrying gatekeeping behaviour coming from a small but vicious subsection of the online fandom. Now the franchise has taken it back to the original continuity, with Reitman handing the responsibility of conjuring a direct follow up to his son, Jason Reitman.